Confessions of a First-Time Sports Parent

I was sitting on the first row of wooden bleachers in the small elementary school gym. It was 9 o’clock on a Saturday morning and my fifth-grade daughter, Gabriela (my oldest), was standing on the volleyball court about to play the first game of the season with her school team. It was her first volleyball game ever and the first competitive athletic event of her life. 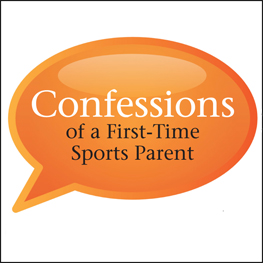 It didn’t help that I played volleyball in high school. This was one of my sports. I knew this game and its rules, strategies and pitfalls. As the referee was about to blow the starting whistle, I remembered all the things that my coach used to shout to us from the sideline. I felt the urge to spew them all out in a last-minute effort to give Gabriela and her teammates the competitive edge they needed to win their first game.

Bend your knees! Get on the balls of your feet. Be ready! Move your feet! Expect the serve to come to you. Call the ball! Want the ball!

I remembered, however, what I had just said to Gabriela on our way to the game. “During the game, the only adult you should be looking at or talking to is your coach. You shouldn’t talk to dad or me, because parents aren’t supposed to coach their kids during games.”

Okay, so I can’t say anything my coach used to say because those are coaching words. I need to stick with encouraging non-coaching words like ‘good job’ and ‘way to go!’

I’ve heard about bad parent behavior at sporting events, and I desperately did not want to be one of those parents. I wanted to model good sportsmanship to my kids, and I was determined not to be overly intense, obnoxious or inappropriate. Instead, I sat there with tense shoulders feeling conflicted - and even teary at times.

At one point, Gabriela’s coach told the girls to back up because the other team’s server was serving deep. Gabriela didn’t hear the coach and happened to be looking in our direction, so I motioned to her with my arm and shouted, “Back up!” My husband gently put his hand on my shoulder and whispered, “You probably shouldn’t be coaching her.”

Does it count if I’m simply repeating what the coach already said?! She didn’t hear her! I felt defensive and mad at myself. Great! It’s the first game of the season and I’m already turning into an over-competitive parent.

The game ended with our girls losing. The coach and parents handled it well. We smiled and hugged our girls, congratulating them on all the things they did well. The girls absorbed the love and encouragement and were soon laughing and discussing where they wanted to go for lunch.

The emotions I experienced during the game took me by surprise, but after a few days, I realized what they were about. That day, my daughter was ushered into the joy, exhilaration and tight-knit community of a school sports team, something that had been incredibly life-giving and empowering to me as a young woman. As I bore witness to this beautiful milestone, my hopes, fears, joy and tears couldn’t help but well up and spill over a little.


Marta is a freelance writer who is trying to embrace a healthy philosophy of youth sports with her two children.