Too Sick for School? 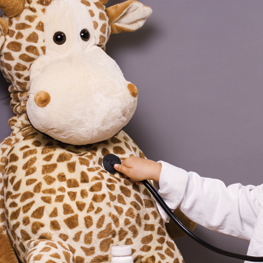 It’s the phone call every parent of school-aged children dreads - that mid-afternoon notice that your child is sick. While working moms and dads may agonize over the decision to send a sick child to school, Calgary pediatrician Dr. Peter Nieman says determining whether a child is too sick to attend school isn’t as complicated as we may think. He offers some guidelines to determine when it’s best to keep kids home and when to send them on their way.

Fever - “Anytime the child has a high and unexplained fever (of 40 degrees and above) with associative symptoms such as a cough, diarrhea, stomach ache or a sore throat, it’s better to keep them at home,” says Nieman. A low-grade fever unaccompanied by any other symptoms isn’t enough to keep a child home, according to Nieman. “You can give them a Tylenol and send them on their way,” he says.

Diarrhea and Vomiting - These two symptoms automatically rule out school. The best remedy for diarrhea is to continually hydrate, something easiest done at home. If your child vomited at night but seems to have kept their breakfast down, it may still be worthwhile keeping your child at home until they’ve gone 24 hours without throwing up.

Interrupted Sleep - “Any symptom that was bad enough to keep the kid up at night, whether it was a headache or a stomach ache, it’s best to err on the side of caution and keep them home,” says Nieman. Disturbed sleep means they won’t be able to focus well at school.

Cold - While a runny nose may not interfere with a child’s learning abilities, Nieman says he sees many parents who worry their child will pass on the illness to other students. “The very young kids who probably aren’t going to wash their hands, they’re probably not going to sneeze into their arm, they’re probably going to be quite contagious. A teenager who has a cold and is washing their hands and sneezing into their sleeve should be allowed to go to school [as long as they’re still
able to focus and participate in school day activities],” says Nieman.

Contagious Diseases – Lice, chicken pox, pink eye and strep throat are easily spread to other children. Although not all schools have policies that students with these illnesses must stay home, Nieman says it’s a good idea. How long your child will have to stay home varies depending on the condition. “If it’s a bacteria like strep throat and you put them on an antibiotic, within 48 hours they’re not contagious anymore and can go to school,” says Nieman.

If it’s a virus like chicken pox where there’s no direct treatment, Nieman says it’s best to keep kids home until you start seeing signs of healing where the chicken pox legions are crusted over, a process that may take up to a week.

Lisa is a health and fitness freelance writer.