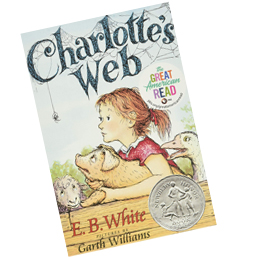 When children are ready for chapter books, a new level of reading wonders await as they develop a reading identity and favorite authors they can’t get enough of! Help your young readers discover the tales that will have them asking for more reading time with these 10 popular beginning chapter book series.

1. The Pages & Co Series by Anna James. In the Pages & Co Series, Tilly Pages discovers a magical ability to enter any story. The Bookwanderers follows Tilly as she explores books and uncovers old secrets. Tilly’s adventures continue in The Lost Fairy Tales and The Map of Stories as she and her best friend, Oscar, discover literary mischief in French fairytales and at the American Library of Congress. A great series that celebrates the role of books in our lives and the imagination that stems from reading.

2. Marrow Thieves Series by Cherie Dimaline. A dystopian future and the inability to dream: Both lead to global madness, and the targeting and capture of Indigenous people. Since they can still dream, their marrow is used to create a serum for the rest of the world. Indigenous writer Dimaline weaves fact and fiction in The Marrow Thieves, and its sequel, Hunting by Stars, as protagonist Frenchie searches for safety in family and community while avoiding government Recruiters who confine Indigenous people to re-opened residential schools.

3. The Misewa Saga Series by David Robertson. The Misewa Saga Series connects Morgan and Eli, Indigenous children in foster care with each other and with Askī, an alternate reality. In The Barren Grounds, The Great Bear, and The Stone Child, the Misewa trilogy introduces Morgan and Eli to traditional ways, animal sidekicks, and Indigenous communities of the past. Misewa, Cree for ‘all that is,’ permeates Morgan and Eli’s story as influences of the past brush against their modern challenges of personal identity, familial challenges, and bullying.

4. The Pax Series by Sara Pennypacker. Pax, a fox, and Peter, a boy, have long been inseparable. As war looms, Peter must leave home and leave behind his beloved fox. And so begins Pax, a beautiful story of friendship, hardship, and loyalty. Jon Klassen’s striking black and white illustrations magnify Peter’s feelings of sadness and hope. Pax and Peter’s journey continues in Pax, Journey Home as the friends try to reunite.

5. Stuart Little & Charlotte’s Web by E.B. White. Stuart Little, only two inches high and looking exactly like a mouse, is the titular character in E.B. White’s first children’s book. Stuart’s size does not stop him from vast adventures in New York City and beyond, befriending animals and humans alike. Stuart’s kindness and determination propel him through the book as he looks for his lost friend, Margalo.

“You have been my friend,” replied Charlotte. “That in itself is a tremendous thing.” A friendship between a pig and a barn spider is at the centre of White’s classic, Charlotte’s Web. Though an unlikely pair, Wilbur, the pig, and Charlotte, the spider, spin a tale of a devoted friendship while navigating the unexpected.

7. Ramona Quimby, Age 8 by Beverly Cleary. Third Grader. Whopper-burger lover. Nuisance? Ramona is back and moving on up as part of the big kids at school. But a new teacher, a moody older sister, and a four-year-old playmate start to cramp Ramona’s style. Cleary crafts Ramona’s next adventure with Ramona’s trademark curiosity and creativity in droves.

8. Matilda by Roald Dahl. Dahl’s classic Matilda tells the tale of a young genius who discovers books and telekinetic powers can save her from her mad family. She explores the importance of standing up for yourself, and others, and shows readers that even the smallest people can make a big difference.