Out and About in Calgary's Parks! 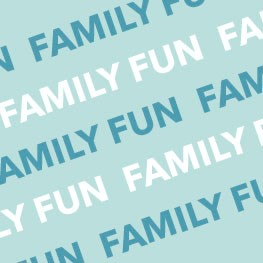 I'm sitting with a group of three-year-olds at the Green Door Nursery School in southwest Calgary. I've interrupted them while they are busy assembling Mr. Potato-Heads and sculpting play dough to ask, "Where do you love to go when it's nice out?" Little Anne-Marie, her blonde pony tails bobbing frantically, shout-whispers in my ear. "My favorite thing is to go to the park with Grandma. I like the slide but I like the swings best!" I try prompting the group with some formal names of Calgary attractions but it seems Anne-Marie speaks for the class - the big hit with three-year-olds is 'the park'.

Hoping for something a bit more specific, I broaden the scope of my survey to include kids up to sixty. Turns out three-year-olds aren't the only park-lovers in Calgary. When summer hits the city, Calgary's kids, young and young-at-heart, hit the parks and with over 8,000 hectares of parkland, they're in the right place.

Here are just a few of Calgary's not-to-be-missed parks (sorry if we missed your favorite).

"Far From the Crowds"

People have been visiting Fish Creek Park since 2000 BC. Far from the crowds, Fish Creek Park is only a hop, skip and a jump from Calgary's southern suburbs. Canada's largest urban park covers more than 10 kms of protected river valley. Calgarians can walk or cycle along its forested paths. Learn about some of Calgary's first homesteaders at Fish Creek's Bow Valley Ranch. If the summer sun is wearing you down head to Sikome Lake at the bottom of Bow Bottom Trail.

Calgary author and Edgemont resident, Thea Morris, enjoys hiking with her family in Nose Hill Park Natural Area. "Each season offers something new." Thea comments," in Spring you see the crocuses blooming; in summer we head up with nets and do some pond studies. You also get a panoramic view of the city."

A Walk on the Wild Side

"EEEEnnhhh!" One little tyke about two-years-old is running around the new park at the Calgary Zoo making a strange nasal sound. "He is obsessed with the elephants," his mother explains. Tigers, monkeys, elephants, not to mention dinosaurs and a kiddie park - what's not to love about the Calgary Zoo? Don't leave without trying what is probably the best soft ice cream in the world. Make mine a chocolate-vanilla swirl.

Just a short jaunt from the zoo, in Calgary's historic Inglewood, are two parks that are also a must for animal-lovers. Pearce Estate Park is the location of the provincially owned Sam Livingston Fish Hatchery. Many of Alberta's ponds, lakes and reservoirs are stocked with the 2.5 million fish that are hatched yearly at this facility. Beautiful picnic grounds surround the building making this a perfect location for so-so weather days. If the weather turns nasty, head indoors and learn a few fish facts.

Megan Kopp, mom, writer, and Cochrane resident has nothing but praise for the Inglewood Bird Sanctuary. "Never the same thing twice," Megan says of her family's adventures here. She tells me that her family has "watched a courting hummingbird do its aerial ballet" and, while on another trip, they had a deer cross the trail right in front of them. The Sanctuary hosts more than 250 species of birds on this 32-hectare reserve. There are over two kms of walking trails accessing this area.

"I like the merry-go-round, but it's a little bit scary. I like the Strawberries and I love the roller coaster!" Kelly, age four, can barely contain herself talking about the roller coaster. "Wait a minute", I stop her, "You can go on the roller coaster?" (Last time I was at Calaway Park the height restriction excluded pre-schoolers.) She is downcast, pouts and in a barely audible voice says, "No, but I think about it - a lot." If crowds are just what you're looking for head to the 'greatest show on earth', the Calgary Stampede from July 5 - 14, 2002. Lauren and her pal Christine, both 16, hop Calgary Transit's C-Train to Stampede Park with their pockets full of baby-sitting money to spend on rides, rides and more rides.

The ride doesn't have to end when the Stampede does. You and three daring friends can watch life flash by at 95km/h on the Road Rocket, the summer bobsleigh at Canada Olympic Park. The ride features 14 twists and turns down a vertical drop of 123 metres. Biking enthusiasts can access over 25 kms of open and single-track cross-country trails with chair lift access to the top of the hill.

The clatter of wheels on concrete, the sound of wood and metal smashing on pavement. It's music to ears of 17-year-old 'skater', Dan Morberg. Skateboarders of all ages can test their abilities on nearly four hectares of land located on the site of the former Mewata Stadium. Designated as a multi-use family park, Shaw Millennium Park may not be the most peaceful setting but that's not what you're there for. Dan likes the 'clover bowl' but 'is really into the half-pipe'. The park is open 24 hours a day but Dan recommends getting there about 10 am or after 6 pm as it gets busy in-between.

Pack up your troubles and toddlers and frolic under sprinklers or get blasted by water cannons at the Barclay Mall wading pool. Then cross the bridge over to Prince's Island and check out the playgrounds. Riley Park just below the Jubilee Auditorium, with its large wading pool is another favorite with Calgarians of all ages. Tots can splash to their heart's delight under the careful eye of mom or dad. Don't forget your sunscreen.

For young children Bowness Park has a kiddie train and midway as well as a wading pool. Older kids can canoe in the lagoon. Fishing enthusiasts can practice their art along the shore of the adjacent Bow River.

In 1875 fifty North West Mounted Policemen arrived at the confluence of the Bow and Elbow Rivers to establish Fort Calgary. This summer, you can be a part of Fort Life - even get yelled at by the sergeant for not making that bed up just right. The day our family visited, my 12-year-old son, Evan, was recruited to re-enact a typical barracks inspection. He flunked inspection and was slightly unnerved by the scolding he received. "I even had to fold my socks!" he groaned. What did Evan learn about turn-of-the-century life as a North West Mounted Policeman? He takes a deep breath," . . . too much pressure!"

Wrap up your visit with an outing to the Fort's neighbor and Calgary's most haunted house The Deane House. Originally the home of Captain Richard Deane, Superintendent of Fort Calgary who lived there from 1906-1914, the house is now a beautiful restaurant renowned for its tea biscuits and Murder From History dinner theatre on Fridays. Check out the bloodstains in the upstairs closet.Seems no one knows how they got there or how to remove them.

I think back to that tiny voice telling me, "I love to go the park with Grandma". Those words could sum up Heritage Park.

Clapboard and sandstone houses with verandas painted that colour of grey reserved for verandas. Rest your weary bones in a big wooden chair, out of the midday sun and breathe in the aroma of baking gingerbread. Head inside and tread over linoleum floor mats then up creaky wooden steps past oval framed portraits of stern-looking folk. Stop to peer in bedrooms where toy soldiers lay, sometimes in line, sometimes scattered. You can hop on board an authentic steam train, hitch a hayride in a horse-drawn wagon or if, like Anne-Marie, the swings are your favorite, try the high flying swings at the antique midway.

Whatever your interest Calgary has a park for you. Pack a picnic, take your sunscreen and if you have the opportunity why not invite Grandma and Grandpa along.

Barb is a freelance writer and a local preschool teacher. 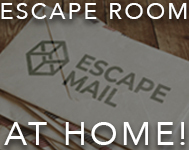