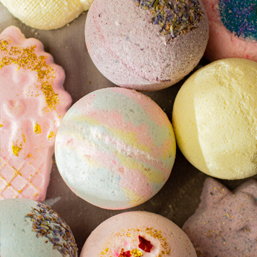 There are a lot of fun activities to do outside during winter but when that temperature goes below -30, keeping warm inside is the way to go.

This one is a classic that provides hours of fun for kids.

In a plastic disposable container, put in some glue. Add drops of food coloring to your liking. Then add liquid starch, about 5 to 10 drops at a time, mix well. Do the last step until a slime is formed. Rinse the slime with cold water.

To make a glittery-slime variation, add glitter to the glue instead of food coloring. Then proceed with mixing in liquid starch until a slime is formed.

Another fun variation is magnetic slime. Before making this variation, make sure to wear a mask to prevent you from inhaling the iron powder. To make this, add two tablespoons of iron powder to the glue instead of food coloring. Then proceed with mixing in liquid starch until a slime is formed. The kids can make the slime ‘move’ by attracting it with a Neodymium magnet.

The kids will have fun making gummies but beware of the sugar high that comes after eating them!

In a cup of boiling water, add one packet of flavored and three packets of unflavored gelatin. After the powder has completely dissolved, and while the solution is still hot, place the liquid in silicone molds. There are a lot of fun-shaped molds on Amazon. Let the gummies set. Once set, they are ready to eat!

These crystals can be turned into treasures that pirates are looting! Arrr…

Food coloring added to the water can change the color of the crystals. Also, neon-colored pipe cleaners make for some amazing-colored crystals.

* Editor's Note: Borax can be irritating to skin, eyes and lungs. Make sure to supervise your children when playing with their crystals.

This one is for the Harry Potter fans out there.

If you want to create a Harry Potter-like wand, add some glue from a glue gun to create rope or  branch-like effects. Once that’s dry, paint with craft paint.

Then it’s time to practice those spells!

Visit calgaryschild.com for instructions with photos for this craft!

Let’s turn bathing into a science experiment to make it more fun!

In a container mix a cup of baking soda, ¹₈ cup corn starch, ¼ cup citric acid, and ¼ cup Epsom salts. Then in a separate container mix three tablespoons of castor oil, ½ tablespoon of water, drops of food coloring (have fun mixing colors), and 5 to 10 drops of essential oil. Add a small amount of the liquid mixture into the dry mixture at a time, then mix well. Repeat this step until everything is mixed. Press the mixture into molds, then leave overnight to harden. Once the bathbombs come out of the mold, it’s bath time!

Now what are you waiting for? Gather up those materials and let’s get crafting!

Fueled by strong coffee and a Gemini personality, Klynne shares ideas on living a minimal organized life full of adventures. For creative ideas on how to elevate frugal to luxury, visit thisfamilylifewelive.com.