The Power of Play

Playing with your baby may not seem like much more than a fun fest, when, say, they coo at their rattle or try their hands at stacking ‘donuts.’ But make no mistake. What looks like downtime to us is work to little ones – and toys are the tools for getting the job done.

In fact, when you choose toys and activities that track with your child’s development, you’re speaking your baby’s language and helping them foster cognitive and social skills they can build on. But don’t give toys all of the credit. You’re a key player in the process. “The most important toy is the parent and other caregivers because babies crave one-on-one social interaction and need the security it provides,” says Marilyn Segal, Ph.D.

Read on to find out what your baby actually learns from classic playtime activities from newborn to age two – and what you can do to play up their important lessons.

SHAKE, RATTLE AND MANIPULATE – NEWBORN AND UP

Born with natural curiosity, babies gather information about the world through their senses. “The more of the five senses a particular toy commands, the more rewarding and appealing it is,” says Sally Goldberg, Ph.D., owner of Dr. Sally Parenting, Inc. Rattles especially fascinate newborns to three months old; they’re also intrigued by toy keys, an interest that can carry on into toddlerhood.

What babies learn: With both toys, babies discover how something feels, sounds, looks and tastes, paving the way for brain development. Babies also learn about cause and effect – that if they shake a rattle or keys, they make a sound, which provides an element of surprise all babies adore, says Goldberg. The best rattles make their noise visible so your baby can connect sound to sight. “Get rattles with clear plastic so your baby can see the beads inside,” says Goldberg.

Game plan: For newborns, mold your baby’s fingers around a rattle or key ring and have them shake it or help them make the sound. Shake a rattle or keys at various points of your baby’s sight so they’ll enjoy the surprise of hearing the toy’s sound from different angles.

By the time your baby is four months old, they’ll begin to understand the notion of object permanence – that if you or an object is out of sight, you or it still exists. To reinforce that concept, now’s the time to start playing peek-a-boo (hiding your eyes behind your hands and peeking at your baby, then covering your eyes again), and its many variations.

What babies learn: With peek-a-boo, four to five month olds learn that, in fact, you’re still there when you hide behind your hands. The game also builds memory skills, especially if you play peek-a-boo in conjunction with objects, such as covering a toy car with a blanket, and asking your baby, “Where did the car go?” (While looking perplexed, of course.) For babies six months and older, who know you’re still there when you cover your eyes, peek-a-boo is about enjoying the social interaction of playing along with you.

Game plan: Try all sorts of peek-a-boo ploys: “During bath time, have toys disappear under a washcloth, then magically reappear,” suggests Stacy DeBroff, author of The Mom Book: 4,278 Tips for Moms. Cover your face with a paper, then uncover it – again and again. Hide behind a door or a piece of furniture, but leave your hand or foot in sight as a clue. Invite your baby to come and find you, “Where’s mommy?”

HAVING A BALL – SIX MONTHS +

A ball is one of the best toys for babies starting at about six months because it’s something to see, touch and interact with, and it’s the epitome of surprise because it never does the same thing twice. “It’s nature’s most perfect toy,” says Goldberg.

What babies learn: Rolling – and later – throwing and catching a ball helps develop hand-eye coordination. Children also enjoy the give and take of playing ball with others. “They don’t get tired of playing with a ball because their skills with it continue to grow, even into adulthood,” Goldberg says.

Game plan: At six months, start rolling a large ball on the floor to your baby, with your legs spread out so the ball stays in bounds. At first, your baby may just slap at it. But soon, they’ll learn to swat it back in your direction. At around age one, try a classic game of fetch: Throw the ball and have your toddler chase it down and bring it back. Also, have them toss a ball to you, then hand it back to them for another round of target practice. Toddlers tend to be better at throwing than catching.

SORTING IT OUT – EIGHT MONTHS AND UP

Starting at about eight months, your baby will be able to grasp objects with their fingers and put one object into another, such as a ball into a box. At around age one, they’ll also be able to attempt putting shapes through their designated slots on a shape sorter.

What babies learn: Sorting helps babies understand the relationship between objects – how they fit together and spatially relate to each other and how they differ in size and shape. “It lays the groundwork for organizing and categorizing, which are basic mathematical concepts,” says Goldberg.

Game plan: Besides playing with your child with shape-sorting toys and puzzles, “put ping pong balls in ice cube trays or egg cartons and let your baby take them in and out,” suggests Susie Kohl, author of The Best Things Parents Do. Also, take advantage of sorting opportunities in everyday tasks. When you’re grocery shopping, for example, let your child pick up a soft or unbreakable item and put it in the cart, which is a way of sorting and categorizing on a large scale. Have your toddler help you sort the silverware and the socks by asking, “Which ones go together?” (Doable at around 20 months.)

GETTING THEIR FILL – AGES ONE TO TWO

Playtime can get messy starting at age one, when children begin to take an interest in emptying, transferring and rearranging their environment. Turn your back and you’re likely to find your toddler emptying the salt shaker, overturning the dog’s dish or upending the baby wipes.

What babies learn: Filling and dumping are organizing skills that help your toddler experience how things work and relate to each other. They also enhance hand-eye coordination and teach basic spatial concepts like ‘in’ and ‘out.’

Game plan: Encourage filling and dumping by adding spoons, a plastic pitcher, measuring cups or a plastic shampoo bottle to bath time so your child can fill and pour. Boxes that come in the mail are another boon. “An empty box is like an open book to a one- to two-year-old,” says Kathy Hirsh-Pasek, Ph.D., and co-author of Einstein Never Used Flash Cards. “They can color it, put stuff inside it, hide toys in it, put a hole in it and it doesn’t cost a penny.”

Sandra is a mom of two and author of Consumer Reports Best Baby Products. Got a baby product or safety question? Email Sandra at This email address is being protected from spambots. You need JavaScript enabled to view it.. 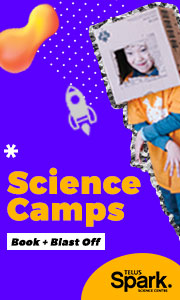