The Question of Sport Specialization 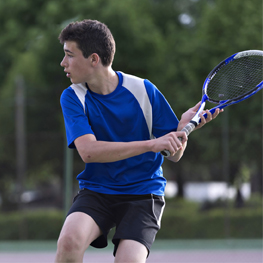 The question of sport specialization - when to begin and how best to approach it - has been a topic of much debate for years, and one that CS4L-LTAD (Canadian Sport for Life - Long-Term Athlete Development) has discussed at length. Though some have argued that early specialization in a sport is the only way to become an elite athlete, more and more research shows that later specialization in a sport (aside from artistic and acrobatic sports) better equips athletes to succeed at the highest levels. But it isn’t just late specialization that gives elite athletes the edge - it’s the way in which they train once they begin specializing.

Practice hours aside, the two samples also experienced a different timeline in terms of the significant moments in their careers. While both groups took important steps within their careers (when they started the sport, when they took part in their first competition, when they had their first national team involvement), elite athletes reached these benchmarks at a much older age. Also, the elite athletes spent less time on junior national teams than the near-elites, but spent more time on senior national teams.

So, while multi-sport involvement at an early age doesn’t alone guarantee elite status within sport, it is key for the development of physical literacy. Both the elites and the near-elites had this. But the true indicator of whether an athlete will reach the elite level or the near-elite level appears to be in the training regimen. Practice hours in the sport of choice should not increase dramatically until the athlete is ready to specialize, and that shouldn’t be until later in the teens for late-specialization sports. Targeting the appropriate period to increase practice time and then increasing practice time accordingly looks like the surest bet to becoming elite.

Richard is the CEO of the Sport for Life Society and an architect of the Long-Term Athlete Development (LTAD) Framework. Richard has facilitated the use of LTAD for over 30 sports in more than 50 countries, and recently co-authored the book, Long-Term Athlete Development, with Istvan Balyi and Colin Higgs. Richard serves on the faculty of the Institute for Global Studies at the University of Delaware and is the President of the International Sport for Life Society. A thought leader on physical literacy, Richard is a founding member of the International Physical Literacy Association. Additionally, he was the Director of Sport for Vancouver’s successful 2010 Winter Olympic Games Bid Corporation, a former commission member of the International Luge Federation, and former executive of the Canadian Luge Association. Richard represented Canada in nine Luge World Championships and was an All-Canadian West soccer star for the University of Calgary. Canadian Sport for Life is a movement to improve the quality of sport and physical activity in Canada. CS4L links sport, education, recreation and health and aligns community, provincial and national programming. For more information, visit canadiansportforlife.ca. 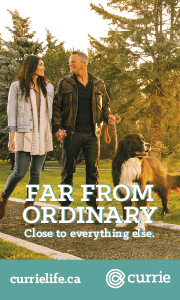