Q: Mornings are such a hassle for my family that by the time the kids leave for school, I am a wreck. I am constantly telling my kids what to do - particularly with Garth, my child with ADHD. If I were not on his case every moment, he’d end up at school in his pajamas! He just doesn’t seem to be able to stay focused on getting ready. I feel guilty that I am yelling way too much. Is there some way that we can have a calm morning with everyone just getting ready on time and out the door without me having to chase them every step of the way?

A: As a psychologist and parent of an ADDer, I was in this situation too, 20 years ago, until I discovered the ‘Riding the Wave’ approach. My husband and I had even taught parenting courses and neither of us knew what to do. What worked for our other two children, didn’t work for our third child that had ADD. Once I learned this approach and saw great results, I was so relieved. That was over 20 years ago. Since then, I have taught this method to many parents. I continue to be amazed at how quickly it works - often within 10 days of starting it.

A: In order to do it properly, you need to make sure that you follow the 10 steps in order. There are no stickers or rewards, promises or punishments. The way it works is that you choose a behavior that you want to focus on, generate a rule that applies to the whole family and then identify positive and negative consequences that will be applied, depending on your child’s choice of whether or not to follow the rule.

The consequences are immediate, short-term and non-punitive. Make sure to find a way to catch your child making choices with positive consequences three times more often than the choices that have negative results. So, let’s say that you wanted your son, Garth, to be ready on time in the morning and you wanted this to happen without constant reminding and chasing from you.

Rule: We get ready on time (this applies to the whole family, but for Garth, this means by 7:30am).

Your job would be to explain this thoroughly to Garth before you begin. It might help to make a chart with a list of the things that he needs to do, like combing his hair and brushing his teeth, getting dressed, making his bed, etc. It’s up to you, but you need to decide what you expect and be sure that he can actually do it. Once you have explained the process, perhaps even role-playing the positive and negative consequences, you are ready to begin.

Your job is to notice Garth’s choice every morning at 7:30am using precise language that shows the connection between his choice and the consequence. For example, you can say something like, “Garth, I noticed that you chose to get ready on time. As a consequence, you have the freedom to do it independently.”

Essentially, you will have explained the whole process to Garth ahead of time and you will not remind him of anything. You are off duty until 7:30am, at which point you will notice his choice to get ready or not by 7:30am. You will then apply the consequence - calmly. There is no monitoring on your part, no yelling, no chasing - just noticing at 7:30am in a matter-of-fact-way, what his choice has been.

Kids usually love the idea of having freedom and being independent. When he chooses to get ready on time and you mention that, as a consequence, he has had the freedom to do this independently, it really can make a difference about how he feels about himself.

Kids with ADD are not out to get us; it is their lack of self-control that results in a lot of the problem behaviors that we see. Self-control in many people with ADD tends to be a challenge. Morning routines like getting up on time, washing, brushing their teeth and dressing, are activities that must be done within a specific time frame. This can be difficult. Being able to accomplish a morning routine means that Garth has to keep his attention on what he is doing while suppressing other thoughts and ideas that are much more interesting. It’s not that he wants to turn up at school in his pajamas - it’s often related to the fact that routine things are just not all that interesting.

When you explain the rules and consequences and then notice Garth’s choices, this begins to build his self-control. He can experience the immediate effect of his choices and this produces results! There is also an increase in internal motivation - rather than relying on promises of external rewards, self-monitoring rather than being directed by someone else, the child is taking on greater responsibility.

Getting off to a good start and having calm mornings is crucial. Parents love this method and so do the kids.


Dr. Teeya Scholten, is an expert on The Good News about A.D.D. She has developed a positive, effective and balanced approach as outlined on her website www.GoodNewsAboutADD.com. 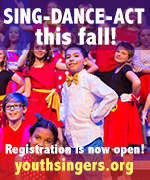