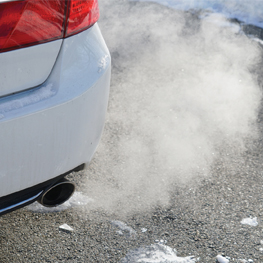 Did you know that it can take less than 30 seconds for someone to drive away with your car if you’ve left the keys in the ignition? That’s less time than it takes for you to walk back inside your house and pour your coffee into a travel mug! The warmth of the holiday season means enduring cold winter weather. Though it’s tempting to warm up your vehicle on chilly mornings, idling vehicles are targets for thieves. In the spirit of helping families and citizens stay safe this holiday season, I would like to share with you the risks of idling your car during the winter months.

In the first six months of 2018, there were 3,466 vehicles reported stolen in Calgary. That’s 124 more reported stolen vehicles than the first six months of 2017. To help address vehicle theft, the Calgary Police Service launched Operation Cold Start in the winter of 2016 to help educate vehicle owners about how quickly a vehicle can be stolen, and how to prevent it from happening.

Throughout the two-week duration of Operation Cold Start in 2018, officers spoke with 697 vehicle owners who left their keys inside their idling vehicles. During those two weeks, 32 vehicles were stolen while warming up in the morning.

How stolen vehicles are used

Stolen vehicles can be a danger to the public as they are often used for criminal activity such as:

Why vehicles are stolen

Besides stealing a warm car, the contents of the vehicle can also attract thieves, especially during the holiday season. Common material items seen in unlocked vehicles include purses, wallets, phones, tablets, tools, and holiday gifts. Trailers attached to running trucks are also attractive to car thieves. And parents should never leave children or pets in a running vehicle, no matter what time of year.

Vehicle theft is a crime of opportunity that is often preventable. It doesn’t matter if you were watching your idling vehicle from inside your house or if you just left your car idling for a minute, the reality is, getting into a cold car is better than having no car because it was stolen.

How to prevent auto-theft

As we prepare for the holiday season, we’re asking you to continue to be vigilant to prevent these crimes of opportunities.

The Calgary Police Service reminds those who are planning to warm up their vehicle to:

On behalf of the Calgary Police Service, I wish you all the happiest and safest of holidays!

Roger Chaffin is now a retired Chief of Police for the Calgary Police Service.