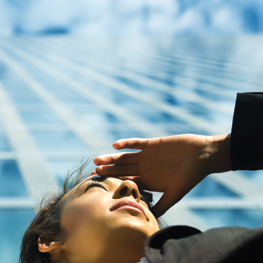 Before kids, Lorraine Wilde had a great job managing supplies for a chemistry lab in a vibrant college town. It was the kind of job she’d trained for when she earned her Master’s degree in Environmental Science, the kind of job she thought she’d have forever. But her plans changed in a heartbeat – or, more precisely, two heartbeats – when she found out she was expecting twins nine years ago.

Wilde planned to work after having a child, but with two babies on the way, the picture was less certain. Full-time child care for two infants would eat up much of her salary, and her employer wasn’t offering much flexibility. Ultimately, she decided to trade her dream job for full-time twin duty.

Wilde has lots of company on the on-again, off-again career track of early motherhood. A sizeable population of parents put work on hold to raise children before hopping back into the professional arena. And when they do, many find a post-kids professional landscape that looks different than the one they’d envisioned. When parents opt-back, can they keep their career on track and get the flexibility they want? Or will they pay a penalty for temporarily stepping off the career train?

Paying the price – With our competitive, fast-paced job market and little in the way of protective leave policies for parents, those who take time off can pay a steep price. One study found that women who take between four and 12 months off work after the birth of a child slash their chances of being promoted by 15 per cent, compared to women who take a shorter maternity leave. The same study also found that having more children increases the career penalty: after having two or more children, women are more likely to make a downward career change than an upward one.

Finding Flexibility – Though studies suggest that moms want career flexibility, recent surveys have shown that around 60 per cent of moms with young children would prefer part-time employment – many, like Wilde, find that part-time pickings are slim. And flexible work arrangements (including flextime, job sharing, compressed workweeks and telecommuting) can exist in a number of industries, but whether or not a mom will be successful in creating flexible work arrangements depends on her boss: without extended, legislated job protection, most employers are free to decide whether or not they’ll offer job sharing or perks to moms.

If a mom isn’t getting the career flexibility she wants or needs, should she jump the track and train for a new career? Not so fast, says Amy McGeachy, career coach and president of McGeachy Consulting. “If you switch industries, you not only have to overcome the learning curve, but you have to then convince people to give you flexible work options. If you love what you’re doing, and you can try to figure out how to do it in a scaled-back way, that’s ideal,” she says.

What if a pre-kids career is no longer a good fit? Career switches are highly common. But whether moms take a new career path or a familiar one, they will face changes in the workplace, especially if they’ve taken time off.

One surprise for many is the heightened importance of social networking. Job seekers can’t afford to underestimate the value of LinkedIn, says McGeachy. “Companies have lots of search tools at their disposal, and this is the number-one tool they use.” Keeping an up-to-date profile and checking it regularly is essential.

McGeachy recommends taking advantage of social networking months before career re-entry. “Six months to a year before you’d like to start actively searching, update your LinkedIn profile and start attending networking events in your field.” Simply creating a resume and sending it out without doing any prepwork or networking isn’t a sound strategy, she says.

Forging a new path – After struggling with feeling like a failure for stepping off the science career track, Wilde found part-time career happiness as a freelance writer. These days, she works 15 hours a week in between volunteering at the twins’ school and managing the household. Nearly any career change requires re-training (she’s invested in writing courses and dozens of books on the topic) as well as a new mindset, she says. “I grew up with the idea that you try to find the job you can retire in. It took a while to convince myself that another job could be fulfilling.” It’s something that she’s still working on, she admits. But at this point, she’s thrilled to once again be working in a field she loves.

Ramping back on the career track? Follow these essential steps:

Plan your move – Before you dust off your old resume, consider whether your old career is still a good fit. If you need to invest in education or training for a job change, begin researching options at least a year or two before you’d like to step into a job search.

Refresh your skills – Even if you’re not planning to change careers, consider a course in networking, interviewing or social media at a local community college.

Build your network – Six months to a year before a job search, create an up-to-date LinkedIn profile and start attending networking events in your field.


Malia is a nationally-published freelance writer and mom. She blogs about health and parenting at thewellrestedfamily.com