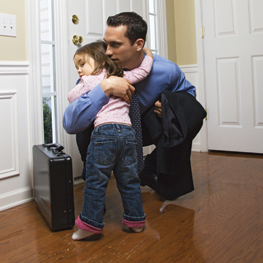 In 2012, Sarah Cameron took a leap of faith. Cameron, a wife and mother to her and her husband’s 15-month-old daughter, Eliana, started her own sewing and alterations company called Pure Couture.

After graduating from Saddleback College in Mission Viejo, California with a diploma in Fashion and Costume Design, Cameron found herself in Calgary after marrying her fiancé, Jordan Cameron.

As a newlywed, Cameron moved to Calgary in 2009, and after months of waiting for Permanent Residence Status, Cameron worked as a nanny and barista before Eliana was born in November 2012.

While awaiting residence status, Cameron volunteered her time and talent participating in Alberta Fashion Week, developing an original clothing line inspired by post-war fashion with friend Liz Webber. Besides Fashion Week, Cameron occasionally used her sewing skills to mend friends’ jeans, alter wedding dresses or create custom items for members of her church, but the notion of establishing her own company at that time made Cameron apprehensive.

“I was nervous to start up a business when I didn’t know much on marketing, anything about accounting or tax information involved, all of that.” says Cameron.

Thoughts of opening her own alterations company started ruminating in Cameron’s mind while she was pregnant with her daughter, but not until Eliana was about eight months old did Cameron jump at the opportunity to be her own boss.

“[My husband] Jordan was the encourager, and the enabler,” says Cameron. “He did all the business side of things.

“I knew that I wanted to be in fashion of some sort, and this is the most practical way to do it, make money and be able to stay at home with my kid, soon-to-be kids,” says Cameron, as she gestures to her pregnant belly.

Cameron’s grandmother, who owned a dress shop in California, sparked a love for all things sewing in Cameron’s heart.

“She’d always give me sketch books, sewing supplies, dresses to pull apart and put back together, crinolines and dress-up stuff.

Krista Fogt, a childhood friend of Cameron from Coeur d’Alene, Idaho reminisces of times shared with Cameron as a child.
“Sarah and I always loved making things together, whether it was cutting out clothes for our dolls out of scraps of fabric, baking cookies or building fairy forts out of twigs in the park.”

“Sarah’s creativity has helped her live out her dreams, especially in the realm of fashion design,” says Fogt, who remembers Cameron creating costumes for ballroom dancing as a teen.

“Sometimes people have a lot of ideas with no spark to see them through, but Sarah has put together a thriving business out of her home - with a baby and another on the way - and that is no small task.”

Cameron met her husband Jordan while attending Bible school on Thetis Island, BC. After getting married in 2009 and moving to Calgary, Cameron was finding there were no jobs available that would use her training as a fashion designer, says Jordan Cameron.

“We decided to try and start the business, as there was very little risk involved.”

Jordan, who was involved with the website design and initial advertising of the business, was excited about the opportunity for Cameron to use her education and training, and also have the freedom and flexibility to stay home with Eliana, while still making some money.

“Pure Couture has allowed Sarah to still focus on being a mother and seeing her daughter as much as possible,” says Jordan.

A witness to the immediate success of Pure Couture, Jordan was encouraged by the business building so quickly.

“It was almost overwhelming after the first few weeks when business and family demands started to conflict,” explains Jordan.

And conflict they do. Life is full for Cameron.

“Both working and being a mom are full-time jobs,” says Cameron, “I feel like I am only one person trying to work an 80-hour week.”

“It’s really hard. But it’s very fulfilling to know that this is my business and I get 100 times out of it whatever I put into it.”

Cameron hopes that she can continue to work from home while raising two little ones as she looks toward the future. Once the children are attending school, Cameron wants her business to grow.

“After the five-year mark, I may want to do a store front, and hire some employees,” says Cameron. She hopes to one day employ students that are graduating from fashion design programs here in Calgary, who haven’t found the fashion design jobs they seek.

From where Jordan watches, Cameron’s goals are fully attainable.

“Customers come back to Pure Couture because they really appreciate the personalized service and Sarah’s attention to detail.”

Cara is a first-year journalism student at Southern Alberta Institute of Technology (SAIT) who enjoys writing, going out to restaurants and cafes, cooking, taking photographs and being outdoors with her husband, Sam. Cara can be reached at This email address is being protected from spambots. You need JavaScript enabled to view it., and you can visit her website, carahowlett.ca.