Is Your Child Ready for a Cell Phone? Navigating the New Age of Communication 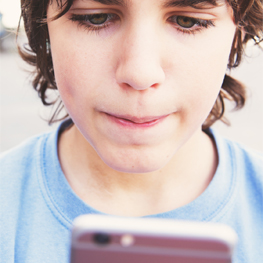 Only a decade ago, it was the rare parent who considered giving a child a cell phone. Fast forward to 2015, and it’s the rare tween or teen who doesn’t have a mobile communication device at their fingertips. Recent surveys conducted by the Pew Research Center and the National Consumer League found that 78 per cent of kids ages 12 to 17 own a cell phone. A staggering 37 per cent in this age group own smartphones with Web access, texting, video and data storage capabilities. And 60 per cent of children age eight to 12 now own cell phones, with most kids getting their first phone at age 10 or 11.

In light of current cultural norms, the question for most parents has become when - not whether - to get their child a phone. But that doesn’t mean there aren’t a slew of options to weigh. The following steps can help guide your decision-making process.

Clarify your reasons - A whopping 84 per cent of parents cite safety reasons for giving their child a phone, and 74 per cent say they do so in order to keep track of a child’s activities after school. Like the hitching post of bygone days, the payphone is now a relic of the past. Many parents feel more secure knowing their child can call when a need arises. Parents who work outside the home say that mobile phones have helped family members stay connected. Starlene Evans has a 14-year-old daughter and 7-year-old son. She says safety is the main reason she’s given her daughter a phone, but she also enjoys the contact with her kids. “I text with my daughter all the time and we exchange pictures. My son… will send me short texts while I’m at work and it makes him proud and that makes me smile.”

Set the rules - Make your expectations crystal clear before giving your child a phone. Decide when and where your child can use their phone, and who will pay for it. Is your child generally trustworthy and conscientious? Jane Lanigan, an associate professor in the Department of Human Development, advises parents to “think about whether their child is… ready for the responsibility of having a phone. This includes the ability to keep track of the phone and follow the guidelines the family establishes.” Even if you conclude that your child doesn’t yet exhibit the behavior and maturity required to be cell phone successful, you will have established a baseline set of expectations that can be revisited.

Let the phone grow with your child - Your kid’s first phone doesn’t need to be a smartphone with all the bells and whistles. In fact, Alex Bolokhovskiy, manager at a computer supply and repair outlet, says, “When kids start off with an expensive smartphone, they don’t see it as being a privilege. It ends up costing the parents a lot of money when the phone is damaged or lost. Parents could save money by having the kids earn their way to an upgrade.” He suggests starting with a basic phone with limited or no texting. Let your tween show you they can handle increasing responsibility, and save the smartphone for later.

Monitor and set limits - After your child has a phone, you’ll need to oversee their use of the device. Some parents are reluctant to ‘spy’ on their kids’ social networking lives. A child’s need for privacy is often cited as the reason for this hands-off approach. However, R. Bradley Snyder, expert in child psychology, would disagree. In his book, The 5 Simple Truths of Raising Kids, he states that while kids need opportunities for private reflection, “none of this is the job of a social network, which, by definition, is a public forum.”

Parents need to set parameters regarding type, content and amount of communication, and kids need to be held accountable for breaking the rules. Many parents require their kids to apprise them of account passwords, and do random checks of their phones. Evans says she no longer allows her daughter to have a Twitter account, after a check revealed inappropriate posts. Lanigan adds that “formalizing the guidelines in writing may be helpful for some families.”

Ask questions and listen - Many parents are overwhelmed at the thought of monitoring their child’s online life. Sensational stories about cyberbullying, online predators and sexting emerge daily from the media. And with the ever-changing array of social networking options, last year’s advice to ‘become your child’s friend on Facebook’ seems frustratingly quaint. Yet, as Snyder emphasizes, changes in technology do not mean that the emotional needs of our tweens and teens are any different. They still need parents to guide them, help build confidence and support them. So, yes, find out what you can about the newest in social media and other sites frequented by teens and tweens. (Snapchat, Pheed and Viddy are but a few.)

Then start a discussion with your child: ‘What do you like about this site? Is it doing what you’d hoped?’ Ask about your child’s interactions with friends, both on and offline. Evans says that she and her daughter “have conversations about respectful behavior, text etiquette and how anything you type and post can be used against you.” She adds, “What works is just talking about stuff as it comes up, whether it comes up in the circle of friends, on the news, whatever. Just talk.”

Be a good role model - What you show your kids is just as important as what you tell them. Are you constantly checking your phone for messages while in conversation with others? Do you make cashiers wait while you finish a call? Are you one of the 63 per cent of adults who uses a cell phone while driving with kids? Lanigan reminds us, “Parents should pay attention to where and when they use their cell phones.” When you use your phone safely and responsibly, you help your child to develop those habits as well.

Turn off phone at bedtime and charge it outside the bedroom. (Teens need their sleep!)

No texting or posting pictures of anything you would not say or do face-to-face.

Do not lend your phone to others, except in an emergency.

Never use your phone while driving.

Do not post your phone number on social networking sites.

Allow random unannounced checks of your phone by parents.

Interested in a contract? Check out these sites for ideas:

Janell Burley Hoffman’s contract with her 13-year-old son, from the Huffington Post:

Ashley is a freelance writer living with her husband and two sons. Luckily, her boys are still busy enough with Legos and mud pits that they have little time to think about cell phone technology.