Three Science-Backed, Simple Hacks to Get Your Kids to School on Time 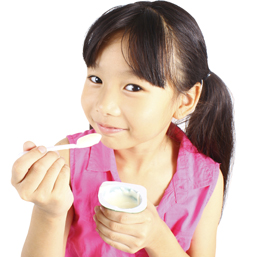 You’ve made the kids’ lunches the night before. The kids have picked out their school outfits and laid them out before lights out. Backpacks are ready and waiting by the front door. Your younger kids have a picture schedule. Your older kids are capable of telling time. Everyone knows what they need to do and when they need to do it in order to get to school on time. It should be simple but somehow, it’s not. Despite your best planning, you’re rushing - maybe even yelling - as you herd people toward the front door. Not only are you stressed, but your kids are late. Again.

If this sounds familiar, it might be time to focus less on what’s going on in your house every morning and more on what’s going on in your kids’ brains at any given moment. The brain’s frontal lobe is responsible for executive function, which includes time management, impulse control, planning, organizing, shifting attention, and multi-tasking. Executive function may be the difference between a stressful morning and tardy slip versus a pleasant morning and a punctual arrival at school. Strong executive functioning also means getting homework done on time, remembering to wear sneakers on PE days, and starting a project long before it’s due. While some of these skills develop naturally as kids mature, there are things you can provide to help maximize your kids’ executive function at any age.

1. Healthy food. A 2016 study from the British Journal of Nutrition proved what we’ve known for generations: You are what you eat. Or at least, your diet plays a large role in the way you think and act. Researchers found a strong correlation between a healthy diet and cognitive function in children and adolescents. According to experts, filling your child’s plate with foods found along the grocery store’s perimeter, and avoiding items from the centre aisles, like sugary beverages and processed snack foods, is best. They cited fish and foods high in fibre (whole grains, fruits and vegetables) as particularly beneficial. On the other hand, foods high in saturated fat, like red meat and dairy products, were found to be negatively associated with cognitive function.

2. Limits on screen time. A 2011 study published in Pediatrics found that watching as little as nine minutes of fast-paced television impaired preschoolers’ executive function. In this study, subjects spent nine minutes doing one of three activities: watching fast-paced television, watching an educational cartoon, or drawing. The children who watched fast-paced television performed significantly worse on tests of executive functioning after the intervention. Meanwhile, MRI’s have confirmed that excessive screen time damages the structure of the brain responsible for executive function. A 2013 study in the European Journal of Radiology compared the brains of healthy adolescents with adolescents diagnosed with Online Gaming Addiction (OGA). Researchers found significant grey matter atrophy in the brain’s frontal lobes of those with OGA, as compared with the brains of the healthy subjects. Additionally, there was a positive relationship between the degree of atrophy and subjects’ scores on a standardized test of Internet addiction. In other words, the more time subjects spent in front of a screen, the more likely they were to experience shrinkage of brain tissue in the frontal lobe, the centre for executive function.

3. Opportunities for exercise. It’s no coincidence that most adults find it easier to sit at their desks after a sweat session at the gym. Science has proved what we know to be true over and over, and it turns out the benefits of exercise apply to children, too. A 2010 literature review published in Developmental Review concluded that aerobic exercise unequivocally promotes children’s executive function. While any form of exercise helps, researchers found that forms of exercise that engage the mind (e.g. team sports, dance, martial arts) are more beneficial than those that do not. The amount of exercise can also positively impact executive function.

Subjects in the study were placed in one of three groups: a control group, a group that exercised 20 minutes per day, and a group that exercised 40 minutes per day. Using standardized testing and a functional MRI, researchers found that both groups of exercisers performed better on executive function than the control group and that those who exercised for 40 minutes did better than those who exercised for 20 minutes. And if you’re worried that your child is so mentally disorganized that they are exercise-proof, fear not; one study found that the children who benefit most from exercise were the ones with the lowest executive function at baseline. (And if the argument for exercise isn’t compelling enough, a kid who is playing a sport, dancing, or practicing Taekwondo is, by definition, not in front of a screen.)

If you find yourself scrambling to help find your kid’s left shoe two minutes before the bus comes, remember your focus might be misplaced. When it comes to getting to school on time, putting your best foot forward might just start with the brain.

Pam helps women push through fear to become their best selves. To get her free guide to crushing Impostor Syndrome, visit pam-moore.com. This article was originally published on motherly.com.