Get Fighting Siblings to Make Peace 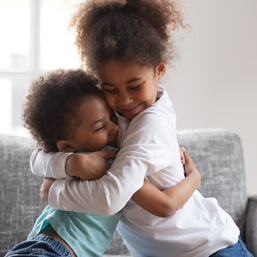 Angelic images of smiling siblings make crowd- pleasing Facebook fodder, but the reality of life with two or more children is decidedly less picture-perfect. According to research from the University of Toronto, toddler-age siblings clash more than six times per hour. On average, siblings under the age of seven fight every 20 minutes. And fights that get physical can leave lasting physical and emotional scars. If sibling fighting is stealing the peace in your household, read on for relief.

Research shows that conflict between young siblings is statistically normal, but regular bouts of biting, hitting, and kicking aren’t - you should intervene when clashes between your toddler-age siblings become violent, per the C.S. Mott Children’s Hospital. Though kids as young as three may be able to talk through minor disagreements that crop up during play (“I had it first!”), they’ll nearly always require guidance from you to navigate more heated exchanges and physical fights. Start by separating the scuffling sibs with a statement like: “We never hit someone.” Once the children have calmed down, ask them to explain what happened, reassuring each child that they’ll get their turn to speak. Statements that bridge the conflict to build connection can defuse fights and guide kids toward resolution: “Jackson, I know Olivia is a good listener, so you can tell her why you didn’t like it when she pushed you.” Encouraging tots to use words to self-advocate: “I didn’t like it when you took all the blue legos!” can help prevent future fights from spiralling out of control.

Bad news if you have school-agers: Per a study led by David Finkelhor of University of New Hampshire, “sibling attacks” or acts of physical violence toward a sibling, like shoving and punching, peak from ages six to 12. Over a third of children in the study experienced sibling violence in the past year; for around 5 percent, the violence was severe enough to leave a lasting mark like a bruise, a chipped tooth, or even a broken bone. While violence between parents and children or between spouses is viewed as unacceptable, violence between siblings is often overlooked by parents as normal squabbling, says Finkelhor. In fact, repeated sibling attacks can have serious repercussions. In the study, children under 10 who were repeatedly attacked by a sibling in the past year experienced signs of trauma, including sleep problems, depression, and fear of the dark. If sibling spats often get physical and seem one-sided, with one sibling most often playing the role of antagonist, seek help from your child’s paediatrician or a licensed counsellor.

‘What’s mine is yours?’ Not so fast. According to Catherine Salmon of the University of Redlands, up to 95 percent of siblings say that personal property - a highly important part of children’s budding sense of identity - is a point of conflict between siblings. Though teens may be able to work through some property- related conflicts on their own, you may not know if and when to intervene. “It can actually be a natural and healthy developmental process for siblings to work out conflicts on their own,” says licensed psychologist Vanessa Roddenberry, Ph.D., founder of Praxis Psychological Services.

A parent who constantly steps in to resolve a conflict risks invalidating the teens’ emotions and ends up communicating to the teens that fighting is an effective way to get their attention and focus, notes Roddenberry. But when sibling fighting escalates to yelling or physical fighting, you can help by separating the siblings, putting the disagreement on pause while each party takes some time to cool off and process their emotions separately. Once feelings have calmed, a kitchen table meeting moderated by you can help your teen siblings land on the same page - and up the chances that the next time there’s a squabble between them, you won’t need to play referee.

Malia is an award-winning health and parenting journalist, and a mom of three. Her latest book is Sleep Tight, Every Night: Helping Toddlers and Preschoolers Sleep Well Without Tears, Tricks, or Tirades. 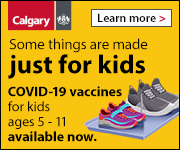 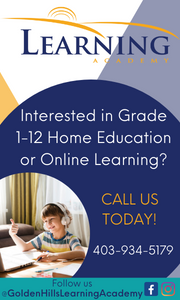