Understand it and find new ways to cope with these assertive parenting strategies. 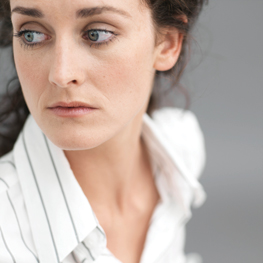 If you’re a typical parent, you probably worry about your kids. A lot. Even if you rarely view the news, you likely feel inundated with fearful messages that the world is an evil and unfriendly place for children. You probably feel justified in your worrying. But should you?

We’re all worrying: Teresa Martin, a mother of three children under age 10, says there isn’t anything she doesn’t worry about. “I worry about whether they know enough to protect themselves, or if they know too much.” She is especially anxious about home invasion: “I lay awake at night planning, strategizing how I’ll sacrifice myself to save them from harm.”

Angie Sutton nervously laughs it would be easier to name concerns that don’t cause her to lose sleep. Since she has teens, “all the early sex worries are creeping in” and she fears her kids “will get slipped some kind of a drug at a party.”

According to recent surveys by the Mayo Clinic, the top five worries for parents are:

According to the facts, the top five common dangers she says we should be concerned about are:

1. Car accidents
2. Homicide (usually committed by a person who knows the child, not a stranger)
3. Abuse
4. Suicide
5. Drowning

Why so paranoid? Teresa Martin shared, “We live in a world where there is no such thing as a safe place anymore. It feels like an overwhelming and impossible feat to keep our kids safe.”

Barnes says parents fixate on horrific and atypical events in the news without considering the odds it will happen to their families. The author would like to see statistics scrolling at the bottom of the TV screen indicating the actual likelihood of any given tragedy occurring. The problem is when we’re focused on the wrong dangers, we may be distracted from those that truly matter.

- We don’t have the facts. It’s pretty clear that we are living in a fear-based culture which reinforces over-spending, over-protecting, over-parenting and over-worrying behaviors.

- We’re tuned into fear. We worry about the wrong things because we are tuned into fear, not facts. Constant fear creates fearful children, and Barnes says, “Parents need to focus on what really does happen and not what could happen but probably won’t.”

- We’re stressed and tired. “Stress management is as important as worry management” writes Barnes. Parenting is a tough, tiring gig and when we’re fatigued, we’re more vulnerable to worry.

Worrying doesn’t benefit you or them: The problem is, when we worry too much, we end up causing our kids to feel uncertain and dependent. When we’re preoccupied with stuff that scares us, we tend to make our kids afraid, too.

Barnes wants parents to face what she refers to as the five ugly truths about worrying.

1. Worries are not safety shields. “If you worry ‘enough’ your child will not be protected by an invisible force field.”
2. Worry does not appease the worry God.
3. Worry in itself is passive and does nothing to solve the problem. (Except just try telling this to my sleep-deprived brain in the middle of the night as I wait for my teen son to arrive home.)
4. Worrying more doesn’t mean you love your child more. “We’re kind of fooling ourselves to think that all this research and all this worry we’re doing is actually love.”
5. Worrying often expresses itself as nagging, which sours your relationship with your child.

Parenting with less paranoia: The Paranoid Parents Guide encourages parents to restore their sanity by practicing what Barnes calls “positive parenting.” She says, “Parenting is stressful enough without confusion about doing the right thing.”

Consider these tips culled from her guide:

- Face the facts. There is a lot to smile about, parents! Crime, homicide, abuse and kidnapping are down (abuse is a greater threat from family and friends than strangers). When we are tuned into facts, not fear, we teach our kids to not be afraid of the world which is a boon for them now and in the long run.

- Be less overprotective. Barnes says overprotecting ultimately harms kids by making them less resilient. We don’t want to teach them to be helpless or too dependent.

- Insist on helmets and seatbelts. Although it sounds like simple advice, Barnes says it’s the best way to reduce the chance of your kids’ death by 90 per cent and the chance of serious injury by 78 per cent!


Michele Ranard, M.Ed., has a history of worrying but is reforming. She has a husband, two sons and a master’s in counseling.