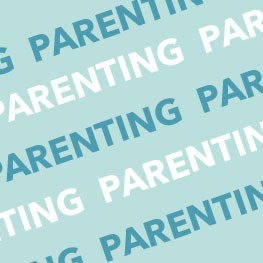 Curled into circles, some bouncing toddlers on their hips, mothers dot the school parking lot at pickup time, laughing and talking together. I wave hello to a mom I met at a meet-and-greet the week before. She looks past me and continues with her conversation. I wonder, Does she recognize me? Maybe not. We’ve only met once. Or maybe she didn’t see me. Feeling awkward and vaguely rejected, I retreat to a spot near the school entrance and wait for my son to emerge.

Breaking into new groups is rarely easy. But, what do you do if you find yourself on the wrong side of a parent clique? Will the group impact your child’s social standing among their peers? Should you strive for acceptance for your child’s sake?

Cliques among children begin forming between the third, fourth and fifth grades and usually settle in around the sixth grade. No parent wants their child to feel excluded. But before kids decide who’s in and who’s out, parents may unintentionally influence their kids’ social networks. Sports teams, neighborhood play groups and other gatherings that always include the same group of families create a sense of exclusivity that kids pick up on.

Lara, a mom of three, says she is shocked by the behavior of a group of moms in her suburban neighborhood who have essentially “cliqued out” both her and her youngest daughter. “The moms are friends and that’s who determines who the kids are friends with,” she says.

She often sees Facebook photos of the families getting together for barbecues, birthday parties and other activities. But, what bothers her is the emotional toll the clique is taking on her third grade daughter. “The isolation is dampening her spirit. She used to be my happy go-lucky kid and not so much anymore,” Lara says.

Dr. Fran Walfish, a family psychotherapist and the author of The Self Aware Parent: Resolving Conflict and Building a Better Bond With Your Child, has seen her share of cliquey behavior. “I’m not at all surprised that a group of kids would clique out a third-grade girl. But, it’s stunning that moms would get involved in the cliques,” she says.

As a parent, what should you do?

Adjust your perception. Past exclusions or rejections can color your perception of an innocent situation. In my case, once I started to get to know the other parents at my child’s school and put aside my personal biases and assumptions, I found that they were very welcoming and accepting.

“Self-awareness is key here in order to expand our options and then we do or don't have to repeat what was done to us,” says Walfish. “Really ask yourself if there’s anything about you that might be a turnoff and try to work on yourself first before you point a finger outward.”

Share your warmth. Parent cliques aren’t always a misperception, but don’t assume that everyone in the group is exclusive. Connect with individual members of the group who are friendly. Also make appropriate, friendly invitations and warm overtures. For example, if parent groups at your child’s school schedule informal gatherings, offer to host one evening or bring a baked treat to share.

“Try to do something that shows a generous effort at kind friendliness,” says Walfish. Volunteer to help with a school event or in the classroom, which is a good way to get to know a variety of parents.

Avoid mud-slinging. “Don’t bad-mouth the group behind its back,” says Walfish. “You just give them more good reason why bad gossip is not welcome in.”

Seek out a receptive parent. Watching your child struggle with a clique, especially as a result of your exclusion from the parent group, is heartbreaking and maddening. “There’s no getting around the fact that it’s very hurtful to kids,” says Walfish. “Seek out and try to look for the most potentially warm, responsive parent in the group and invite her daughter for a playdate with yours.” Make it a short, appealing playdate like a stop for frozen yogurt after school. An hour-long playdate when kids are getting to know each other builds in success.

Look outside the group. Not everyone is in the clique or cares to be. Model to your child the importance of developing strong friendships rather than working toward the tenuous goal of popularity. Get to know other families outside the group. Also, connect with families whose children are involved in the same activities as your child. Encourage your child to befriend children at school who share similar interests and are warm and welcoming. Will she always find acceptance? Probably not, but they’ll develop resilience and value the friendships that come their way.

Freelance journalist, Christa is a mom of two boys. She is the author of the e-Book Confidently Connected: A Mom’s Guide to a Satisfying Social Life.