When My Kid Asked Me What 'All Genders' Meant 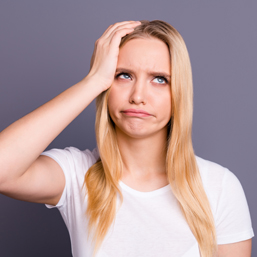 Recently, I took my daughter to the restroom at a local restaurant. As you might expect in a health-food restaurant located in a progressive city, the restroom was labeled not men, not women, not family, not restroom; it was labeled ‘all genders.’ It didn’t occur to me to think about my daughter’s reaction to this term, given the Class One Potty Emergency at hand.

My daughter did not miss the sign. Once she was  settled on the toilet, she asked me, “What does ‘all genders’ mean?”

“Well, it means men, women, and… anyone who doesn’t identify as a man or as a woman.”

“But what else is there?” she asked me.

“Like, someone who just wants to identify as a person,” I replied.

“Like I said, they just want to be a person.”

Back at our table at the restaurant, I whispered to my husband, “How do you explain non-binary gender to a kid?” Not surprisingly, given the fact that my husband, our two daughters and I are cisgender, the topic of gender had never come up until we saw the ‘all genders’ sign. According to the Trans Student Education Resource’s website, the word cisgender, from the Latin “cis,” meaning on the same side, is an adjective that describes someone who identifies with the gender they were assigned at birth.

According to Who Are You? The Kid’s Guide to Gender Identity by Brook Pessin-Whedbee, “For some people, the grown-ups guessed right about their body and their gender. This is called cisgender, when someone’s identity matches their sex assigned at birth.” My husband and I have certainly talked with our kids about bodies, private parts, and where babies come from. But those were conversations about sexuality, not gender, so I was caught off-guard by the ‘all genders’ sign at the restaurant, and unsure of how to begin to explain it to my daughter.

Talcott Broadhead, author of Meet Polkadot, a brightly-illustrated story of a non-binary, transgender child, says when you talk about non-binary gender, talking about gender binary is a good starting point. Broadhead explains that gender binary refers to “who you should be, think, look, feel, and act like” as a girl or a boy.

The problem with traditional gender binary is people don’t always fit neatly into a prescribed notion of what it feels like to be a boy or a girl. Pessin-Whedbee explains that the sex you’re assigned at birth, whether it’s male or female, may not match your gender. While your sex is based on your body parts, gender is an expression of who you are, including what you feel, what you like, how you dress, and “who you know yourself to be.”

In Pink is a Girl Color… and Other Silly Things People Say, author Stacy Drageset dispels some common myths for young readers. For example, ballet is not just for girls and anyone can play basketball. Drageset explains that rather than choosing clothes based on whether they are ‘boy clothes’ or ‘girl clothes,’ it is more important to dress according to what you like and feel comfortable in.

Pessin-Whedbee lists a number of other ways in which people may choose to identify themselves, including:

While Pessin-Whedbee refers to the gender spectrum as an alternative to the gender binary, Broadhead’s book does not. In a conversation, Broadhead, who uses the pronoun ‘they,’ explains the notion that gender spectrum implies that male and female occupy distinct ends of a scale, whereas they feel gender is too fluid and unique of a concept to fit a linear model. They prefer the concept of gender diversity, which includes a gender universe, in which ‘we are each our own star.’ Whether they take the approach of a gender spectrum or a gender universe, experts agree you are the only one who gets to say who or what you are (with the caveat that the term ‘two-spirit’ is specific to certain indigenous cultures).

I spoke to Heather Thompson, a self-identified genderqueer person, postpartum doula, and an advocate for queer, trans, and non-binary folks. She recommends using everyday encounters to open conversations with your children about gender. For example, when my five-year-old asks me why our cashier has an earring ‘even though he’s a boy,’ I can take the opportunity to explain to my child that you don’t know what a person is when you first meet them. A mother herself, Thompson acknowledges that kids often understand a lot more than we give them credit for. “In my experience, they get the middle [of the gender spectrum], they just didn’t know we could talk about it.”

The books highlighted in this article can also be great conversation-starters with your kids. If you are reluctant to open a dialogue with your kids about gender for fear of not having all of the answers or feel like you should have opened up the conversation with your kids earlier, Broadhead says it’s okay to say something to a child, like, “I’m sorry. I wasn’t sharing everything I know about gender. You and I know a lot about our own gender and it makes sense to us and it’s who we are. But what I haven’t explained to you is there’s a lot more genders.” And if your child has questions you can’t answer, Broadhead recommends looking at websites like the Trans Youth Equality Foundation (transyouthequality.org) or asking someone who would know. What Broadhead doesn’t recommend is cornering the one trans parent at your child’s school and interrogating them. “That’s obviously inappropriate.”

And, of course, dining in a restaurant with an ‘all genders’ sign works quite well, too. While bathrooms don’t have much to do with gender, I am grateful for that public restroom that started a conversation in my family about gender.

Pam helps women push through fear to become their best selves. To get her free guide to crushing Impostor Syndrome, visit pam-moore.com. This article was originally published on Motherly.